Talk to Me: The Evolution of Emoji

Gifs, memes, and emoji have quickly become a lingua franca. But what do they say about our collective need to be heard?

It was not so long ago that if you were feeling sad and wanted to text a friend about it, you had to spell it out: “Girl, I’m sad.” Today, we have far more options, all available with the push of a button. We can now communicate with a mish-mash of words, emoticons (╯°□°）╯ ︵ ┻━┻, emoji , the crying Michael Jordan .gif, stickers of Pusheen the cat gently weeping, and seemingly infinite memes.

Writing is retrospective and non-linear in ways that day-to-day conversation is not. But as we rely more and more on text-based digital communication, a curious divergence has emerged: Texting, despite being mechanically similar to writing, more closely mimics speaking. Like speech, texting is loose. Most people don’t think about capitalization and punctuation when texting. As Columbia University linguist John McWhorter puts it: “Texting is fingered speech. We text the way we talk.”

But texting in words alone doesn’t telegraph a look on someone’s face, or adjust the tone of voice to clarify intent. It’s all too easy to be misunderstood online. This is where emoji come in: The little icons reinforce intent and strengthen expression.1 This is why .gifs, memes, and emoji have so quickly become our lingua franca. Each of these visual vocabularies has a different use, helping us to be understood. 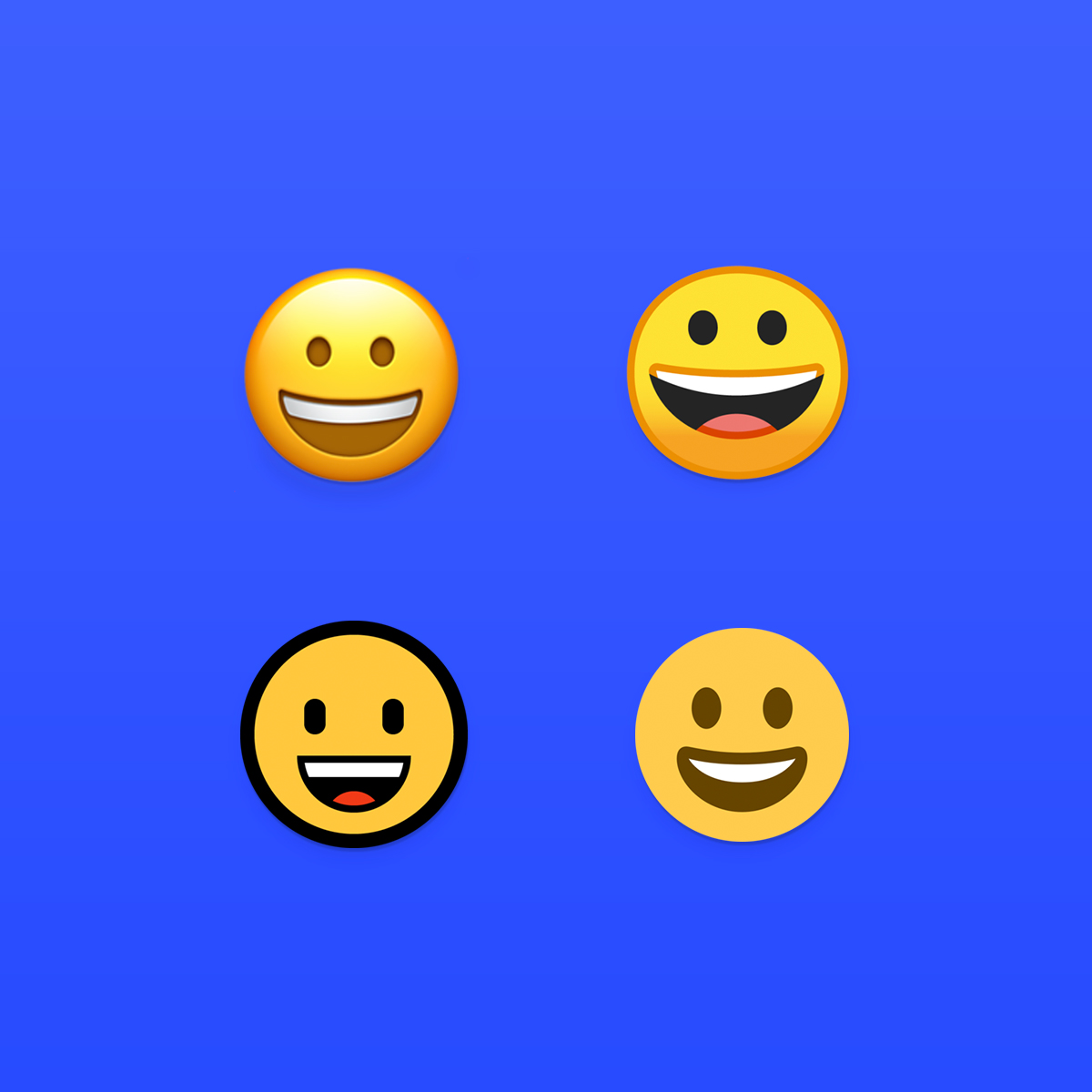 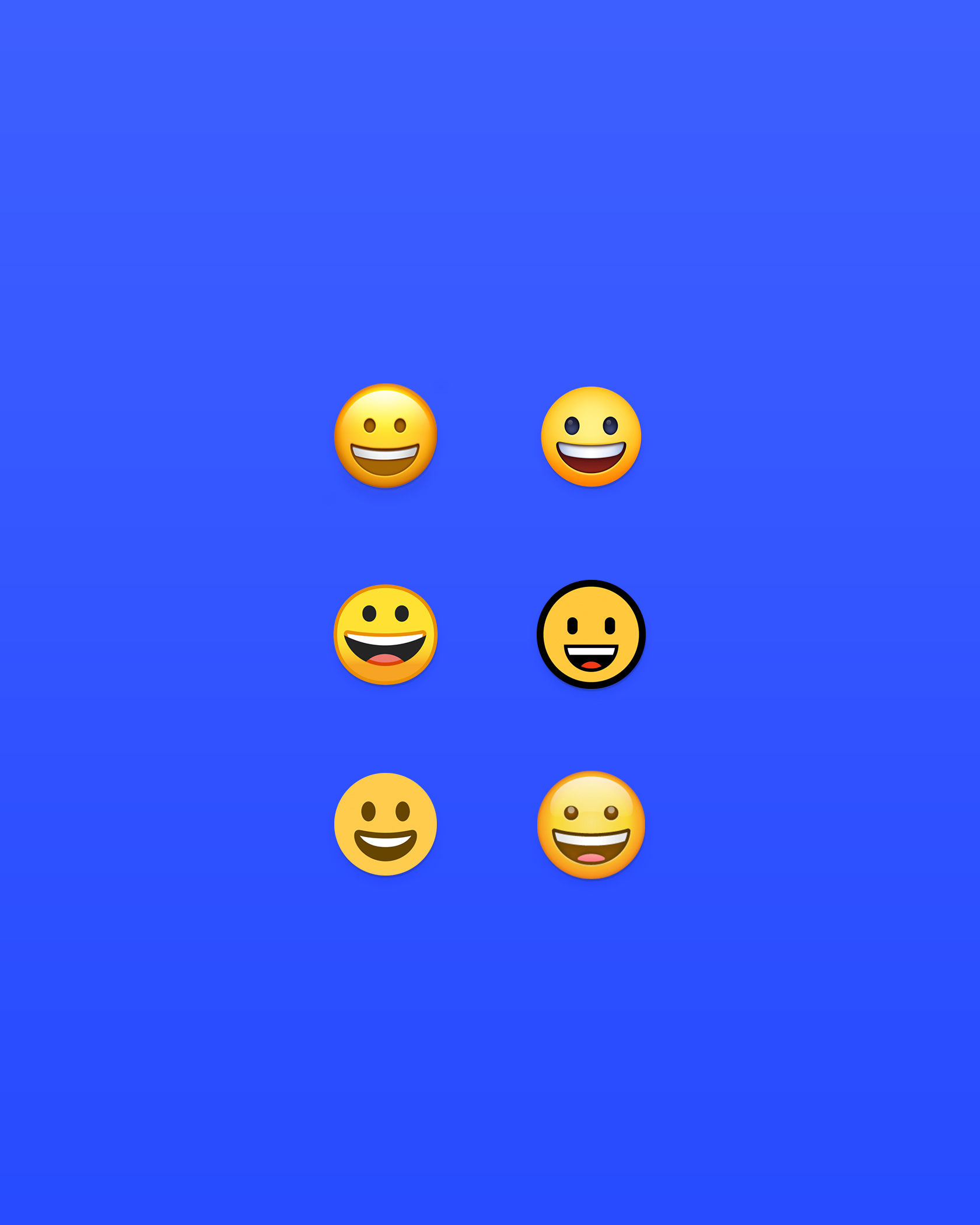 🤷‍♀️ A brief history of emoji

Emoticons—proto-emoji, made from keyboard characters—first showed up about 40 years ago, with emoji coming along 20 years later. Relative to all written language, this is nothing. Written language emerged somewhere around 80,000 to 150,000 years ago, and as McWhorter has said: If humanity existed for 24 hours, writing only came around at 11:07 p.m.

When emoji first arrived on the scene in Japan in 1999, they quickly became popular for their ability to add a layer of humanity to texts that otherwise felt too dry or perfunctory. The word itself is Japanese: e (絵, “picture”) + moji (文字, “character”) = emoji.

At that time emoji were available on three semi-incompatible Japanese mobile phones (Docomo, KDDI, Softbank). It wasn’t until western vendors like Apple, Google, and Microsoft started adopting emoji for their products that the tiny pictograms became part of the Unicode family.

What is Unicode, you ask? Unicode is the closest we get to having a universal encoding system, without which different computers and servers wouldn’t always show text the same way. Unicode is responsible for glyphs like currency signs and umlauts—basically, characters that have a universal name and meaning.

This marks an important turning point. Instead of individual vendors creating their own emoji standards that wouldn’t be compatible on other platforms, Unicode created a subcommittee to standardize these pictograms. (I serve as a member on this subcommittee.) Like its name suggests, emoji get defined by two attributes: The picture the user sees on the screen, and the code that defines it. Unicode’s job is to create that code.

Emoji get defined by two attributes: the picture a user sees (determined by the device) and a code (determined by Unicode). For example: pizza and U+1F355.

Since 2010, Unicode has accepted annual proposals for new emoji. Anyone can submit an idea as long as they have a prototype of the emoji, an explanation of how and why people would use it, and an argument for how the addition would improve the greater emoji ecosystem. This process can take up to two years.

👥 Inside the Unicode Consortium

When I first joined the consortium I admit that I found many of the proposals—like a person juggling 🤹 or Mrs. Claus 🤶—rather frivolous. I wondered how Unicode could justify adding a wilted flower 🥀 , a tumbler glass 🥃 , and a person playing water polo 🤽 (among so many others) to the emoji alphabet. In less than a decade we’ve gone from a menu of 500 emoji to one with 3,000. Reading through proposal after proposal I wondered, Are any of those tiny pieces of Unicode adding real value to our lexicon?

I’ve grown to enjoy these documents, written by civilians who are ultimately seeking representation. When they scroll through the monkeys, trains, and sushi, they aren’t seeing signs of themselves. So, they take time out of their lives to propose emoji for bubble tea or a pickup truck or the transgender flag. And that’s not frivolous—that’s awesome.

However, once Unicode releases its guidelines, Apple, Microsoft, Google, Samsung, and other tech companies start designing the new emoji. So, despite Unicode’s efforts to define what makes a cucumber a cucumber 🥒 , each brand renders it in its own unique way.2 Apple emoji tend to get rendered realistically, perhaps as a holdover from the company’s early days of skeuomorphic design. (WhatsApp’s emoji usually mimic Apple’s, but deviate just enough to skirt copyright infringement.) Microsoft embraces their signature “flat design.” We aim to create images that are approachable, humble, and cute. All of these design personas can result in one smile being expressed in different ways.3

Close your eyes and imagine a bird. What color is it? What does its beak look like? In your mind, what makes a bird, a bird? Is it the wings? The feathers? At Google, when designing an emoji approved by Unicode, we consider the idea of what makes a bird a bird. When people think of “bird,” they are less likely to think “penguin,” because it doesn’t fly. We try to apply these principles of prototypical categorization for every design.

Over time, the visual language has shifted away from the abstract and toward specific, illustrative ones—ultimately changing how we use them. These days, the cocktail glass emoji isn’t just any “cocktail”—it’s a “dirty martini, one olive, straight up.” This shift to hyper-realism doesn’t just add more choice to our emoji vocabulary; it changes their semiotic function.4

Six billion emoji get sent every day.5 That means, that emoji design isn’t the place for brands to prove how clever they are; emojis belong to people.6 To create a universal emoji dictionary, we employ a five-step design process for each one: Read the initial emoji proposal and look at Unicode’s reference icon; Confer with experts on the subject; Consider the emoji’s purpose in a communication context; Evaluate how it might work with other emoji in the inventory; Try to anticipate what other major vendors may or may not do.

When we retouch an existing emoji, details matter. If emoji serve to underscore the emotional tone of a text message, showing the wrong breed of animal isn’t a trifle of a mistake, it’s a problem. For example: My husband and I have different phones, so that means when I send him the message “Work was crazy today [octopus emoji]”—we each see something different.

The same text message can convey different meaning, based on the operating system or device. Take for example, the message “Work was crazy today” + the octopus emoji as sent from a Google device (top), and viewed on an Apple phone (bottom).

The message I sent (on my Pixel) conveys my day metaphorically: I had a frantic schedule, managing so much that I may as well have had eight arms. But if it was the second (as read on my husband’s iPhone), it possibly means something like, “Jennifer had a crazy day today and … wants sushi for dinner?” That’s a big difference in intent and tone. (Though to be fair, I always want sushi for dinner.)

At the same time, we’ve also started inferring different meanings from the exact same emoji.7 Take the following messages: “Just nailed my business review! 😤” and “The kids destroyed their room... 😤.” In the first sentence, the 😤 signals a sense of triumph. In the second sentence, the exact same emoji conveys fury. This should come as no surprise: Language is fluid, and context is king. It wasn’t long ago that “lol” meant literally “laughing out loud.” Now it’s just a marker of empathy, acknowledging that whatever you’re talking about is chill.

The exact same emoji can convey different meaning, based on how it’s used. Take for example the following messages plus a face with steam from nose emoji.: “Just nailed a business review!” (top) and “The kids destroyed their room...” (bottom).

🦁 Emoji in the wild

The most common emoji sequences have a high level of repetition, like 💓 💕💗 or 😆😂😆 or 🎂🎈🎉 .8 Seventy-one percent of Gboard sessions containing an emoji use it alongside words, and of the sessions containing only emoji, the majority use just one or two, presumably to reply to a previous message.9

But my favorite part of the job is hearing about how people get creative with emoji, adapting the meanings of the icons with the kind of imagination usually associated with art and music. Friend and fellow Google designer Damien Correll recently told me he uses 🐘👞 in lieu of hearts to his wife, Kim, because when you mouth “elephant shoe” it looks the same as “I love you.”

My girlfriend Julia types 🤸🕳️ to indicate when she’s on the verge of a nervous breakdown … and another friend uses 👀✌️👀 to say “eye to eye.”

And as for the 2nd place medal emoji—another one that I initially deemed useless—my buddy Ryan uses 🥈 to connote parenting blunders, like when his daughter fell off the playground slide.

What’s that Carl Jung quote? “Loneliness does not come from having no one around you, but from being unable to communicate the things that are important to you.” Right now, we have more ways to communicate about what matters than ever before. Give humans a bunch of symbols, and we will find a way to make them say what we mean.

This essay was adapted from a talk Daniel gave at the 2018 Typographics conference. It was originally published in the first issue of the Google Design magazine. 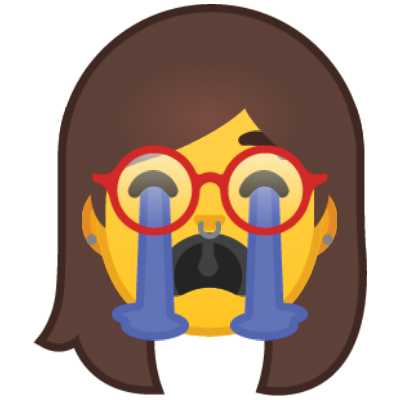