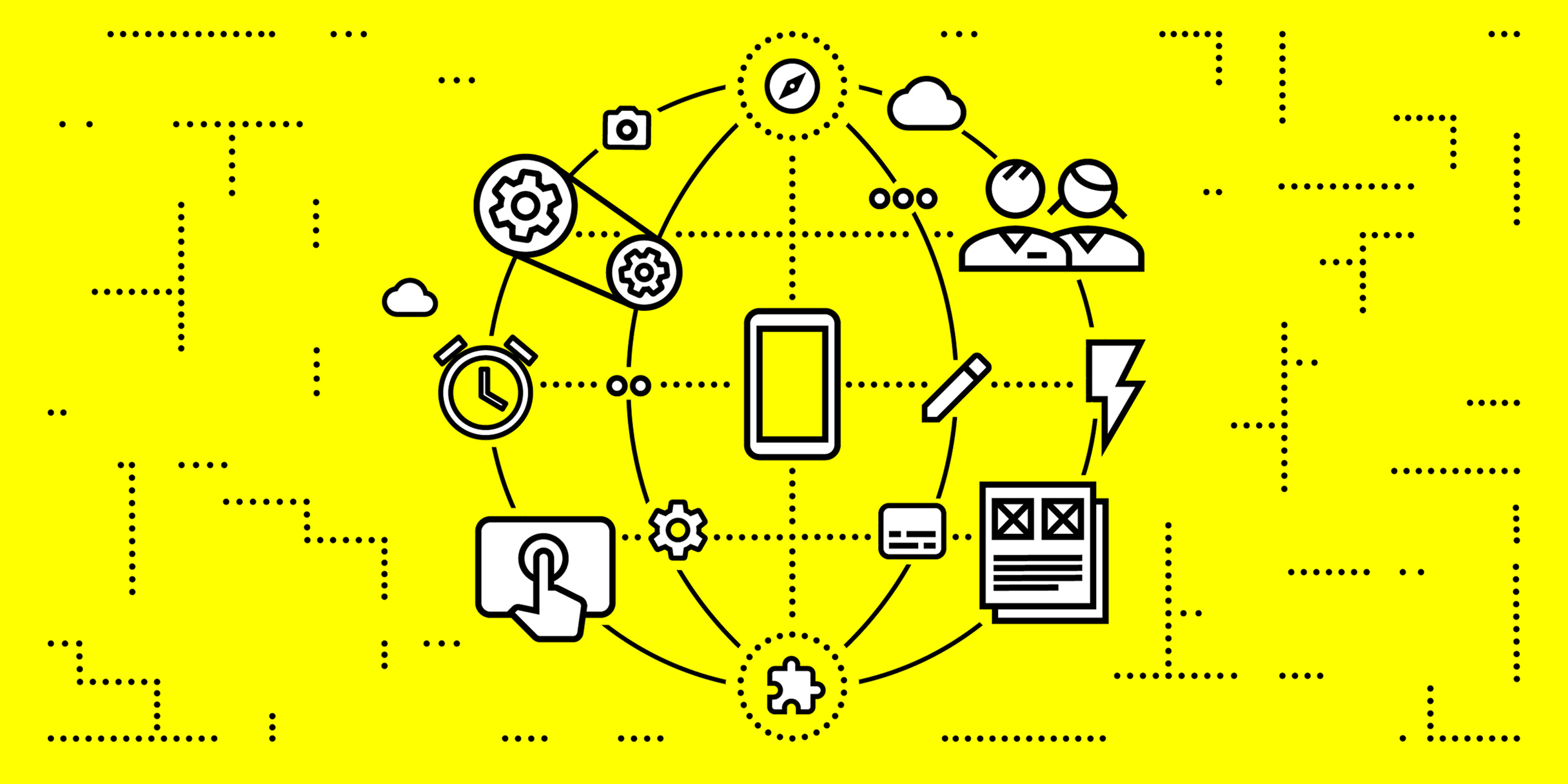 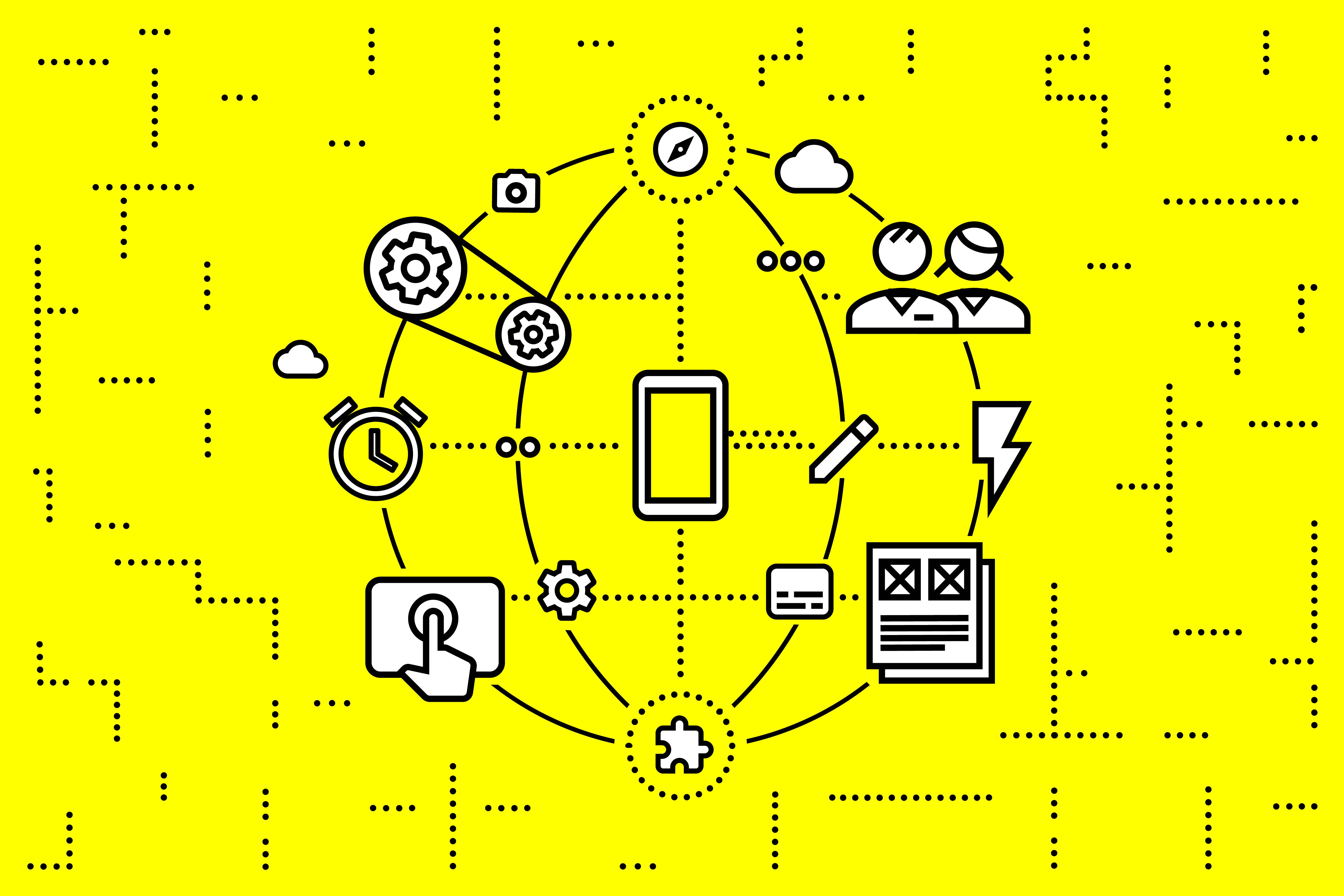 No Such Thing as Offline

Whether you find it menacing or miraculous, there's no denying that the mobile web's most enduring imprint on contemporary society will be the dissolution of what it means to be on and offline. For digital adopters—those who arrived at tapping by way of clicking—the ramifications mostly revolve around matters of integration, like convenience and time. For digital natives—those who grew up with ubiquitous computing—the consequences are often more complex, reflecting their identity and shaping the way they communicate. Herein lies the challenge for designers: How do we build a responsible, effective ecosystem for a world we may not fully understand yet? Acquiring cultural competence is a start. By truly understanding the behavioral shifts and evolving language in our digital spaces, we can begin to design appropriately for the problems we see now and anticipate the potential of what is to come.

One of the most notable behavioral distinctions between digital adopters and natives is the latter’s preference for interaction over passive consumption. That difference between arriving at a destination versus interacting is evident not just in the products we use but also in the way we talk about them—you might be on Facebook (where you find friends), but you use Snapchat (where you add friends). You might browse Instagram or Twitter, but you swipe right on Tinder.

In a roundtable discussion of the latest trends in design tools, Google’s Matias Duarte observed that “it’s much more positive, engaging, delightful, and stimulating” to directly manipulate something instead of clicking and waiting for a response. And yet so many of today’s interfaces maintain this mindset, mistakenly assuming a finger is the same as a mouse while the very form of mobile—small and light in our hands—begs for a far more intimate and tactile interaction, like pull-to-refresh or fling-to-dismiss.

Snapchat was the first mainstream product to extrapolate this principle beyond individual features by structuring its app entirely around gestures and direct manipulation (like hold-to-record/reveal and swipe-to-navigate), the ultimate non-discoverable affordances. This approach prompted digital adopters, who only recently grew out of needing skeuomorphic visual cues but still rely on a map or menu to orient themselves, to deem the app “unintuitive” (the ultimate UX insult). 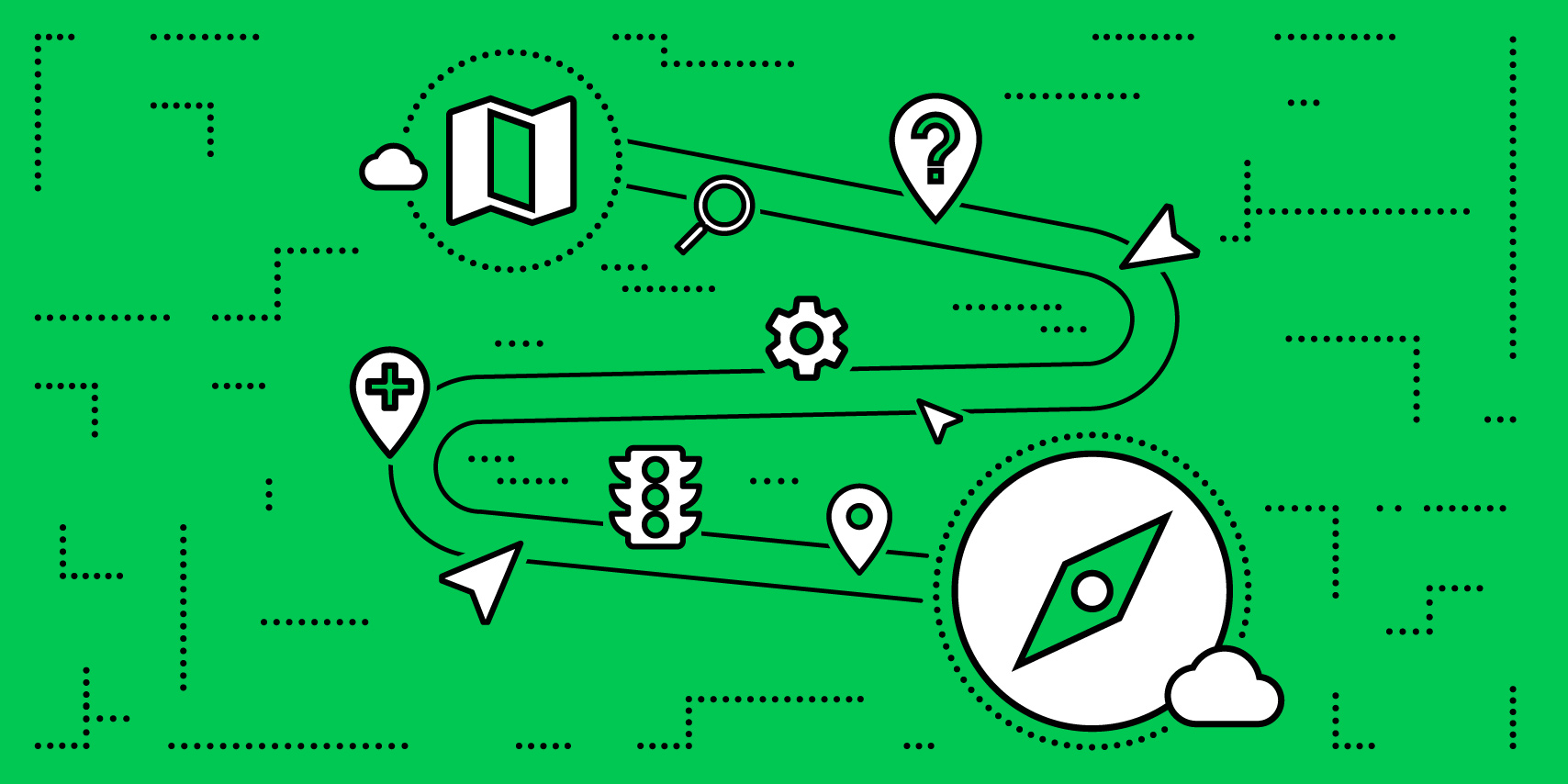 But for digital natives, who’ve leapfrogged the need for visual affordances altogether, every interface is intuitive. They don’t need a map detailing each direction—they’re comfortable navigating with only a compass. As a result, designers are able to embed navigation into an app’s interface without also having to frame its content within a menu. VSCO (though recently redesigned) was another pioneer of this compass-versus-map model, removing traditional menus in favor of a single, gesture-based affordance called a “globe” that was the only way to navigate through the app. The shift triggered a love-it-or-hate-it reaction from VSCO’s users, including an impassioned case for applying compass-model thinking to any creative endeavor.

Whether it's embedding navigation more deeply into an interface or combining gestural navigation with menus, designers are finding ways to infuse discoverability and interaction into a product's user flow. When executed well, embedding navigation into the interface gives users the delight of engagement (responsive, directional swiping), more immersive experiences (full-screen media), rewards for venturing into unmarked territory (hidden features), and breeds a sticky curiosity—what else is here?

But the greatest benefit of a compass is its ability to always point north, to focus users on the single most important direction the user should take within the app. Snapchat “pointed north” by launching users immediately into a camera, an experience Kleiner Perkins likened in their annual report to the way “a hammer’s handle invites you to grasp it.” In other words: Here’s the main thing, figure out the rest. Musical.ly, on the other hand, seems to use a compass approach to point in every direction: the app launches immediately into a full-screen, auto-playing video with two separate navigation tabs and a spinning record with a scrolling ticker on top. Which way is north? For Musical.ly, it doesn’t matter which direction you choose because all roads lead back to the same destination: content.

Before the offline and online worlds began to merge, many perceived the primary benefit of digital content to be its permanence. Facebook’s revolutionary Timeline feature, launched in 2011, was built around this very concept. But as the internet blended itself into our lives we started to capture-and-post in one continuous stream, and many interfaces struggled to create an engaging experience that protected or insulated users from the barrage of content.

Like Paul Ford explained in his 2012 MFA Interaction Design Festival closing keynote, “Our interfaces are really just ways to try to repackage time so that it’s meaningful, so that we can do stuff with it. It’s not that there isn’t enough time but rather that there’s too much of it.” Maybe this is why timestamps, the most familiar representation of time that litters our email and social media feeds, is glaringly absent from Musical.ly (and hidden behind a swipe in Snapchat’s conversation view). Instead of repackaging time, Musical.ly seems to be stepping completely outside of it, creating content that is simultaneously disposable and timeless.

The novelty of digitally disposable content, a concept spearheaded by Snapchat and adopted by others, seems to suggest that ephemerality is the key to reaching digital natives—that is until Snapchat removed the feature altogether. This change makes the argument that Snapchat’s true genius is the way it repackages time—not through algorithms or chronology, but by way of “a story.” Instead of just collecting related individual moments, Snapchat puts users at the beginning of those moments, regardless of how much real time has elapsed since they last engaged. Notably, Instagram and Twitter have since adopted similar approaches, with Stories and Moments respectively. 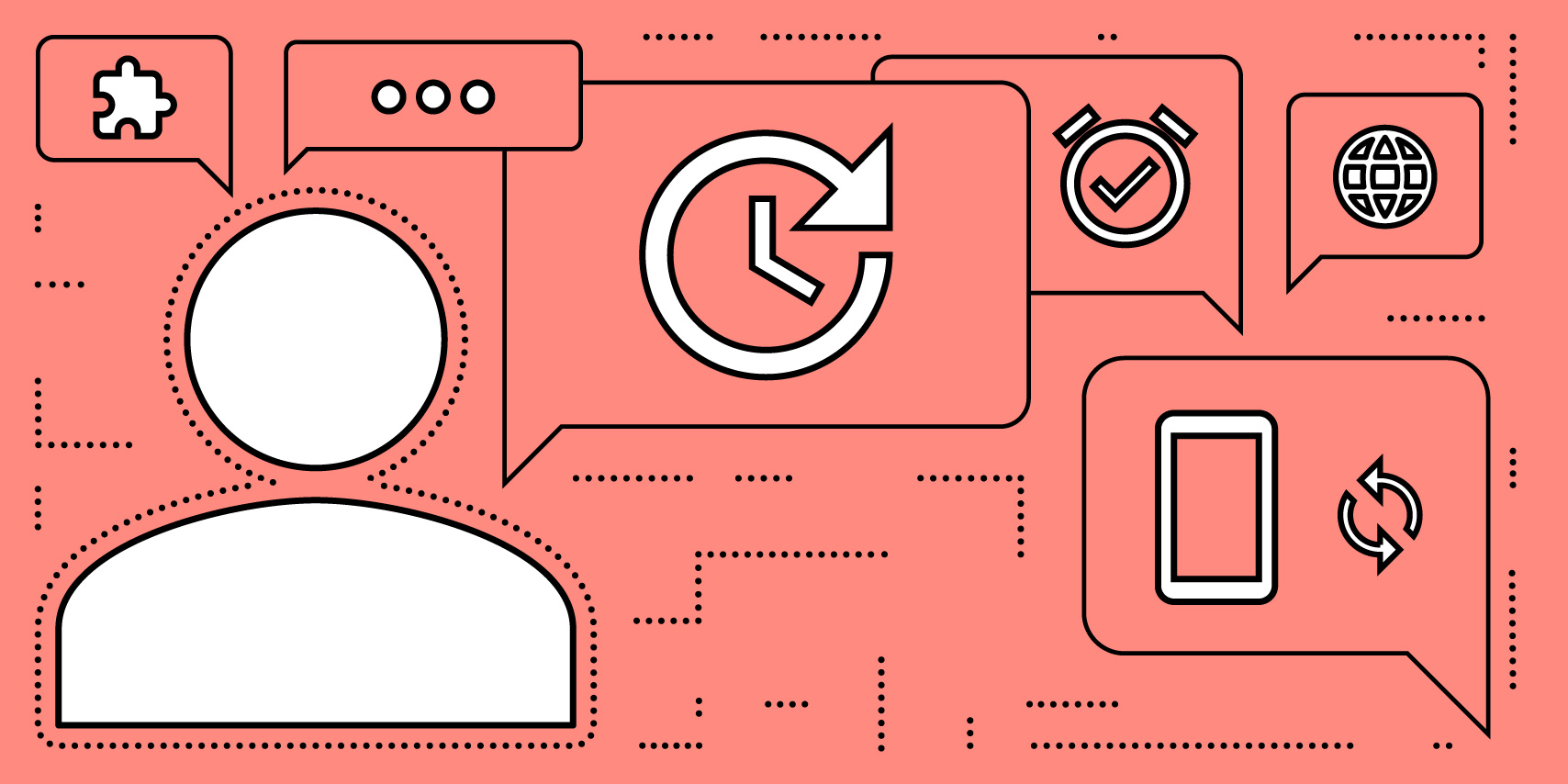 Repackaging time to create a great experience, however, is meaningless if it doesn’t allow users the ability to manipulate or engage with the content. Again, digital natives don’t want to be told a story, they want to play a part in it. Vine started as a platform for casual creation, but one could argue that its demise was that the central feed bulletin board slowly morphed into a platform for popularity. The people who used it the best profited the most (literally), which made the experience less fun and authentic feeling for the larger community. Vine hosted well, but it missed the real glue that binds digital natives: facilitating an interpersonal connection. Taking a people-focused inbox approach, where the central feed is equivalent to a friends list, can serve as a better facilitator—last year a study revealed that 60 percent of Snapchat users were creating content every day.

Beyond encouraging intentionality between friends, the value of inboxes is in their ability to be a vessel for limitless types of content. During his time as a product manager at WeChat, Dan Grover hypothesized inboxes could hold “a conversation, a song or video, news headlines, a map showing me my route, a timer, or a sub-group of other such threads.” Vine founder Dom Hofmann harnessed this potential in his next venture, Peach, by using the inbox approach to hold the amorphous and varying types of content users could post like drawings, GIFs, large text, locations, and noise levels. 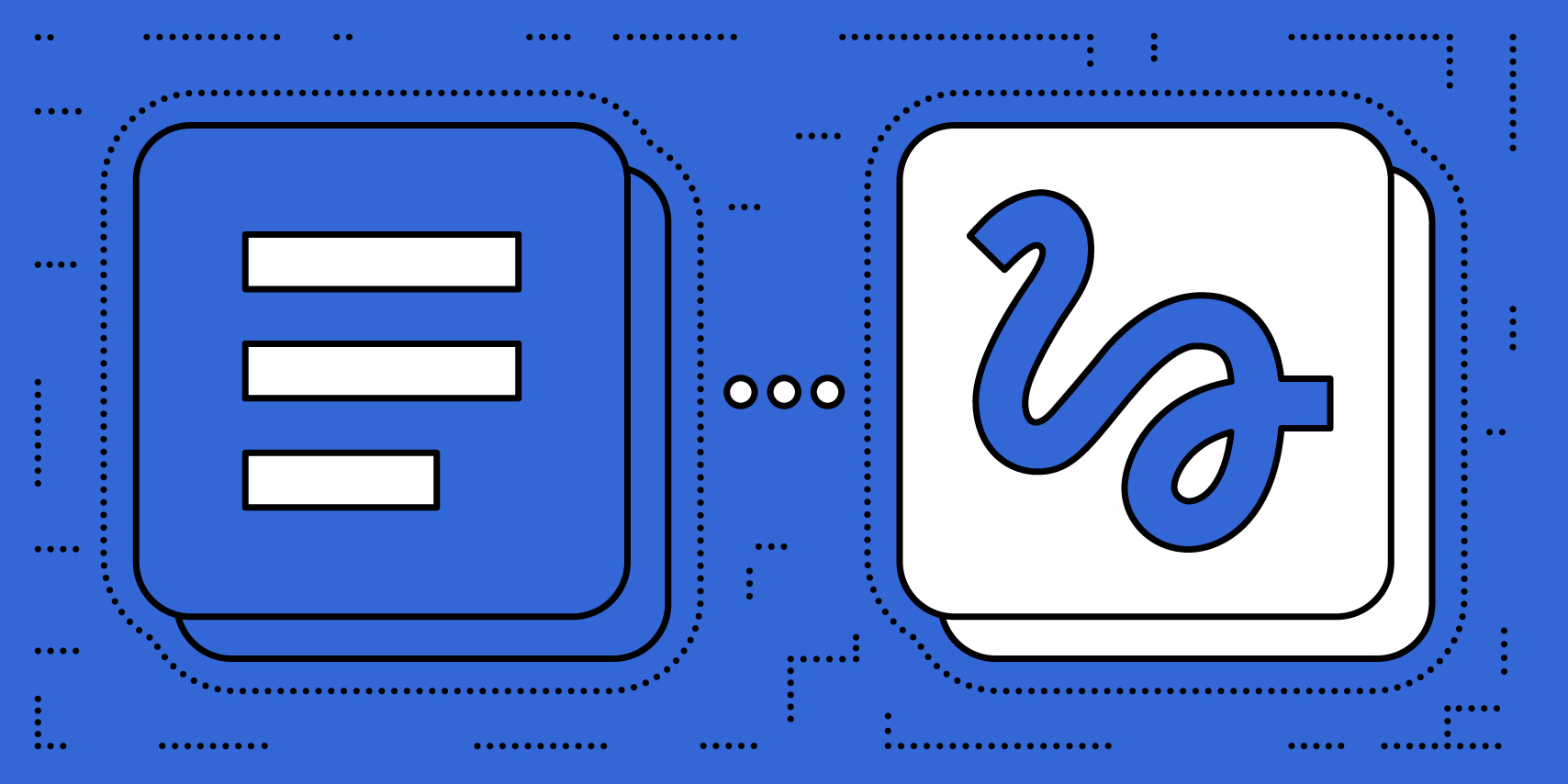 The ability to enable more complex and nuanced expression, which is becoming increasingly difficult within the cold, templated confines of a text box or static image, is one of the greatest hurdles for designers today. Digital natives are, as Michelle Obama describes them, a generation “looking for authenticity...for what feels real and natural,” and nothing is as fundamentally expressive as a person’s individual experience and voice.

This may be why digital natives often speak in emoji, GIFs, and memes. By combining text and imagery to augment their digital communication, they’re able to capture complex emotions in a single exchange in ways that text or image alone often can’t. Facebook’s Reactions feature, for example, was critiqued in The New Inquiry by contributing editor Rob Horning for presuming a set of six custom emoji could sufficiently cover the emotional spectrum, while the ever-expanding library of standardized emoji “can be combined or deployed to express new shades of emotion that there aren’t even words for.” Offering an unsolicited opinion? 🐸 ☕️ . Passive aggressively indignant? Arthur’s fist. Eventually these “words” will be replaced by better ones: New terminology is introduced by the second and holds nothing sacred—not even our idols (sorry, MJ)—in the ongoing quest to define every moment.

An opinionated interface equips users to express complex concepts like self, story, or environment by prescribing a method of capture without restricting the result, like a blank canvas with a set of specific brushes. Bitmoji, for example, captured the concept of self by offering users a predefined set of facial features that can be combined with the latest terminology and trends to create a better looking, more relevant version of yourself. Snapchat, Vine, and Bumpers.fm captured the concepts of story and moment by limiting the recording and editing process. And apps like Byte (another Hofmann excursion) and Google’s Sprayscape are exploring the concept of environment through completely new types of compositions and media.

In the not-so-distant future, these frameworks might be built not only for consuming and creating individual pieces of content or stories, but for entire worlds. Minecraft, a game The New York Times profiled as “complex” and “inscrutable,” is capturing the hearts of the next micro-generation of digital natives who are growing up to be even more curious, more creative, and more collaborative than any generation before them. As designers the prospect of shaping these experiences is exciting, because it comes with a great realization that the next generation of users are designing the tools and the output as much as we are. If we are to responsibly form the purpose and direction of tech that’s woven so deeply into the fabric of our lives, we must do so through cultural immersion—to seek to understand before being understood, and to listen generously 🙏 .

This article was adapted from a talk presented to Google UXers in Mountain View, CA. 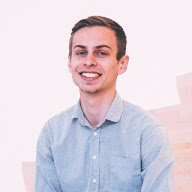