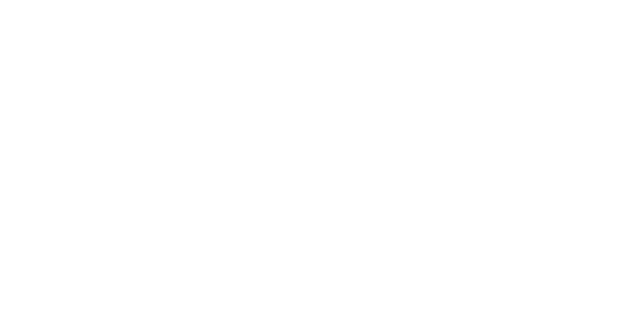 A look back at the year’s most resilient design projects

When we left our desks back in March, we didn’t think twice about leaving our office plants and reading glasses behind. Days became weeks, weeks stretched to months. (We eventually said goodbye to the fiddle leaf figs). Soon we were sharing tips on how to work together while apart, and recognizing a fundamental shift in the way we work. The resiliency of our Google colleagues was never in doubt, but this year we saw them flex and adapt in exciting new directions, all while meeting people where they are (usually at home), to deliver experiences that made us feel more connected, informed, and optimistic than ever. Most of the work we reviewed for this year’s annual revue was created remotely, during a global pandemic, and is shaped by that context. And yet, we think you’ll find that the noteworthy projects—including crowdsourced earthquake alerts and variable fonts—add up to a stellar year for UX at Google. As we look ahead to 2021 (praise be!) take a minute to applaud the work and the people who made 2020 sing.

Experiences that bring the world closer to you

This year, the lowly living room doubled as classroom, chem lab, and concert hall, but screens were the true MVP—especially for the school-age set. AI-powered homework help is just a smartphone snap away with the inventive Socratic app, while Kids Space helps little ones explore their unique interests via “teacher-approved” books, games, and videos (a godsend with after-school programs on pause). If music lessons are what you or your kids miss most, enter Shared Piano, a web app by Google Creative Lab that’s designed specifically for remote teaching and collaboration. Send a link to your instructor and start jamming.

A sampling of the virtual tour feature on Google Search

Detail from a Pocket Gallery exhibition on India’s miniature masterpieces

The sea of literature from An Ocean of Books, where each island represents a single author island and each city represents a book

For home-bound gallery-goers, the Google Arts & Culture team will bring the museum to you. Thanks to a combination of street view mapping and high-res imagery, anyone can take a virtual stroll through the world’s top cultural institutions. Want to bop over to Versailles? No problemo. Waltz your way through the Palace Museum? Go for it. Or, use an AR-assist to step inside a Pocket Gallery created in partnership with the National Museum in New Delhi to put 1,000+ miniature paintings on display. For the readers among us, get lost exploring An Ocean of Books, a poetic ML experiment where author islands on a fantasy map—trust us, it’s otherworldly—lead to new literary connections between the most famous titles in the Google Books collection.

We applaud the tech that helped small businesses go beyond brick and mortar, and kept us close throughout 2020. Google Food Ordering brought no-contact delivery to doorsteps, while Reserve with Google gave 600k+ merchants a way to offer their services virtually. For need-to-try-before-you-buy products, Google Shopping teamed up with several beauty brands to create an AR app that lets you try on (virtual) makeup at home. The team prioritized inclusivity and hyperrealism, using extensive research to ensure the experience worked for everyone. Nest launched an initiative to help seniors stay in touch with family and loved ones, while staying apart. Project Merrill gave nearly 1,000 Nest Hub Max devices to quarantined residents in seven Washington State retirement communities. Each was pre-loaded with contacts for quick video calls to the grandkids, and a Google Assistant experience designed especially for less tech-savvy folks.

We’re biased, but the most versatile tool in the 2020 Google-verse is Google Workspace, a new identity and an even more connected experience for Gmail, Calendar, Drive, Meet, Sheets, and Slides (to name a few). “Since we first introduced G Suite back in early 2016, the way we work has evolved,” Margaret Cyphers, UX & Creative Director of Google Workspace, tells us. “Our work has shifted to be even more connected and collaborative.” The transition to WFH gave Cyphers and her team increased urgency to ensure that these products not only work together seamlessly, but meet people where they are—in new work environments, constantly juggling personal and professional responsibilities (who has time to open another tab or app anyway?). Think of Google Workspace as your productivity multi-tool.

Tools that empower creators to make more, also top our list. Tone Transfer by the Magenta and AIUX team within Google Research creates impossible melodies. The more realistic-sounding synthesizer adds machine learning to the music-making process, transforming your own vocals into an improvisational jazz trumpet or a flute into chirping birds. Use Soli Sandbox by Google’s Advanced Technology and Projects (ATAP) team to create web-based prototypes that can detect gestures (reach, swipe, tap) on the Pixel 4. Need a Soli primer first? Read our feature on the emotional intelligence behind this tiny, but powerful radar chip. New YouTube features help creators better protect their content and demystify ad guidance. Premiere Countdowns build anticipation for an upcoming video, by greeting viewers with a custom countdown as they tune in for a video debut. Creators can even pick from a library of countdowns by some of our favorite artists like Ash Thorp, Arina Shabinova, HunterGatherer, and Lucas Zanotto.

A look back at 2020 isn’t complete without acknowledging the actions many took towards greater, collective change. Continued investment in healthier digital habits and new research led to face retouching guidelines, and incremental changes to the Pixel phone and Android camera app that promote wellbeing. Zooming out, Chromecast screensavers served up voting info nationwide, and a project by Google Arts & Culture Lab made climate data more engaging. Instead of complicated graphs and charts, digital artworks take concepts like glacial retreat and make them easier to grok.

“Timelines" by Fabian Oefner captures receding glaciers over the years

In the midst of a global health crisis, teams across the company mobilized: UX writers drafted internal guidance for writing about COVID-19, ensuring clear and cohesive messaging: Creative Labs in London and New York shipped helpful tools like Sodar, a way to visualize social distancing, and Scannable Signs, a QR-code sign generator as a contactless way to collect orders, tips, make appointments, or leave reviews; Assistant teamed up Google Health to launch self-screening for COVID-19 symptoms, and then with Search and Maps to help local businesses share what health and safety measures they have in place; Google.org Fellows collaborated across seven different time zones on Global.health to share public health data with institutions.

Teams also worked toward more equity and inclusion in our products. Google Kids Space launched with over 1,000 unique avatar assets—featuring everything from vitiligo to face masks—kids can mix and match to reflect their current or future selves. Gender equity work yielded Safe Folder, a way for anyone to safeguard files on a shared Android device, while Chrome released better password protection and more intuitive privacy settings (like bumping the beloved ‘clear browsing data’ button to the top, and a new tool to tell you when your saved passwords have been compromised and how to fix them)—steps towards a safer internet for everyone. Lookout app from the Central Accessibility team got a redesign, including new ways to scan entire pages and food products without a barcode.

Soft tech that leaves us feeling fuzzy inside

Did someone say cozy season? This year we got reaaaaal close with our devices. As our collective screen time skyrocketed, Google hardware designers pulled the nature-inspired swipe for this year’s launches, which Google Seed Studio reflected in a series of videos and visuals that highlight the inspiration behind these products. “In times when life can feel so hectic, we want our devices to visually and tactilely reflect a moment of calm,” says Lead Industrial Designer Linda Jiang. On the same wavelength, Head of Human Centered Innovation & Strategy Hector Ouilhet advocated for more warmth in human computing in a recent op-ed: “If designed right, ambient computing can subtly enhance people’s relationships with other people and the natural world around them, just as ambient lighting makes a living room feel warmer and ambient music makes a conversation flow smoother.”

A roundup of this year’s softest hardgoods:

And while we can’t catch up with friends in person, the freshly redesigned Google Photos app warms our hearts in the interim. The product—now 5 years old and over 1 billion users—was ready for a glow up, which launched this summer to rave reviews. Distance makes the heart grow fonder? 💕

Flexible tools that ready us for the future

Designers and technologists can envision more resilient futures by looking to the natural world. At least that’s the provocation put forth by Google AI’s Strategy & Research team in a fascinating piece we featured on Google Design this past summer. The writers posit that natural qualities like distributed, diverse, and mutual—offer us a playbook for building systems that can adapt and thrive, regardless of changing environments. (Something we could all use to help us through 2020). To see just what they mean, look no further than a few of our favorite future-ready projects.

Variable Fonts Are Here to Stay by Google Fonts

A few of the emoji mashups made possible by Emoji Kitchen

Before and after Google Maps redesign, Mt. Rainier National Park

Android’s ingenious Earthquake Alert System relies on a distributed network—each Android phone acts as a mini seismometer—to form the world’s largest earthquake detection network. The Google Flood Forecasting Initiative expanded the reach of its service to all of India, and improved the quality of alerts by partnering with several like-minded organizations to keep people safe and informed. A redesign of Google Maps, reveals more of the earth’s details by streamlining a palette of 700+ colors down to 25—while creating a stronger foundation for future updates and making the Map more accessible.

This year, Google Fonts turned ten in style with the launch of a shiny new site, and support for variable fonts. The nifty type technology allows fonts to flex based on various axes, like width, slant, and thickness. Fraunces by Undercase Type is one such example. This “Old Style” but not Old Style (wink, wink) serif was inspired by early 20th century display typefaces such as Windsor, Souvenir, and Cooper Black. The font’s lovely microsite lets you dial in the ‘wonk’ axis to your liking, and it’s beautiful to boot. If a low-contrast, humanist sans-serif is more your speed, check out Commissioner, another worthwhile addition to the GF catalog. And if it’s feelings you’d rather flex, may we gently recommend Emoji Kitchen. Built by the Android Expressions team, this well-timed release allows you to express every emotional intersection by mashing up two emoji to create anything from kissy cowboy to fiery trash can. It is 2020, after all. 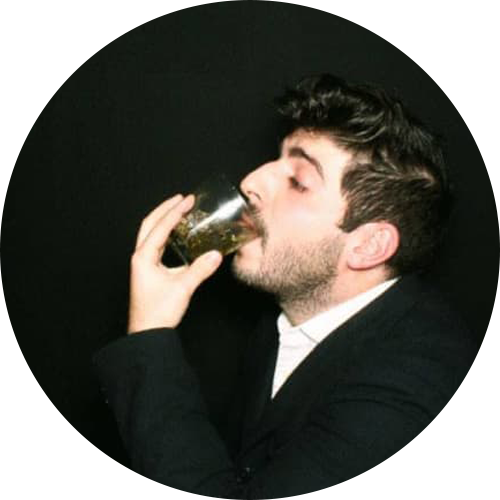